something about this article reminds me of the seinfeld episode where kramer gets addicted to the chicken from place that opened across the street from him :) 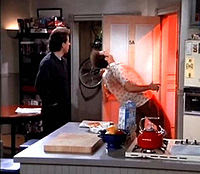 Article from UK newspaper "The Telegraph" 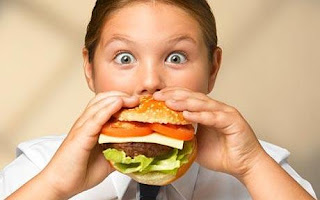 Eating junk food can be addictive Photo: GETTY
A diet of burgers, chips, sausages and cake will programme your brain into craving even more foods that are high in sugar, salt and fat, according to new research.
Over the years these junk foods can become a substitute for happiness and will lead bingers to become addicted.
Why junk food really is addictive
Dr Paul Kenny, a neuroscientist, carried out the research which shows how dangerous high fat and high sugar foods can be to our health .
“You lose control. It’s the hallmark of addiction,” he said.
The researchers believe it is one of the first studies to suggest brains may react in the same way to junk food as they do to drugs.
“This is the most complete evidence to date that suggests obesity and drug addiction have common neuro-biological foundations,” said Paul Johnson, Dr Kenny’s work colleague.
Dr Kenny, who began his research at Guy’s Hospital, London, but now works at Florida’s Scripps Research Institute, divided rats into three groups for his research, due to be published in teh US soon.
One got normal amounts of healthy food to eat. Another lot was given restricted amounts of junk food and the third group was given unlimited amounts of junk, including cheesecake, fatty meat products, and cheap sponge cakes and chocolate snacks.
There were no adverse effects on the first two groups, but the rats who ate as much junk food as they wanted quickly became very fat and started bingeing.
When researchers electronically stimulated the part of the brain that feels pleasure, they found that the rats on unlimited junk food needed more and more stimulation to register the same level of pleasure as the animals on healthier diets.


so in closing, it isn't easy to kick the junk food habit
not that you are weak, but the additives are designed to keep you coming back for more.
it's good for their busine$$ ....but not for you.
don't beat your self up for falling off the wagon,
but dust yourself off and hop back on.
know where the resistance is really coming from.

wishing health happiness and success-
xo
snowdrop
Posted by snowdrop at 6:00 AM